Doors open at 10:15 am at the GreenState Fieldhouse located at 200 E 9th St in Coralville, IA. Please do not arrive before then.  Please bring a ball with your name marked on it and your own water bottle!!!

On Friday, August 9, 2019, we are holding our first ever Alumni Cookout in Solon.  This event will allow members of our program, new and old, to get together for some food (burgers/dogs and sides) and fun.

The cost is $15 per person and it’s a bring your own beverage event.  However, we will have an indoor space to relax in, but also lots of space outside too. There is basketball court and grassy area for bags and/or tossing around a football. There is also a playground for younger kids too.

The event begins at 5pm and will conclude by 9pm. All players and their families from any past seasons are invited to attend.

We are really excited about this opportunity to get many ‘Stormers together to reminisce about past glories before we hold our annual tryouts the following day. We hope to see you there! 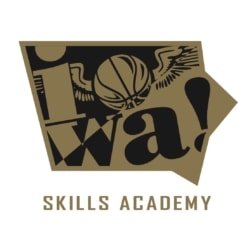 The list for our 2019 Youth Skills Academy is now posted below.  This year, we have approximately 75 players from all over Iowa and even a few from bordering states. This event received rave reviews from all who attended last summer, so we are excited to see everyone there this weekend.

Our Youth Skills Academy will  be held on Sunday, June 23rd at the 380 Game-On facility in Cedar Rapids.  The event hours are as follows: 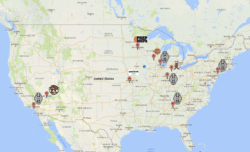 The Iowa Barnstormers announced their projected 2018 high school schedule today, which includes trips to New York City, Los Angeles and Atlanta in addition to their annual season-ending event in Las Vegas.  For the first time this season, the Barnstormers will field two teams (“Gold” and “Silver”) on the adidas Gauntlet travel circuit.  The Barnstormers are the only grassroots program in Iowa that plays in one of the “Big 3” shoe sponsored circuits.

The season tips off for all of the Barnstormers high school teams in Madison, Wisconsin for The Rock Spring Classic.  The Madison event serves as a great tune-up for the spring NCAA “Live” events when Division 1 college coaches can attend events and evaluate athletes in person.  In the two “Live” weekends of the spring, the ‘Stormers teams will all go to Indianapolis for the first session of the adidas Gauntlet (April 20-22), and then will split up for the second weekend on April 27-29:  the Gold teams will go to Atlanta, GA, for the second weekend of the adidas Gauntlet with the Silver teams headed to Lawrence, KS for the Midwest Live event.

After the NCAA events, the ‘Stormers will all head to Spiece Fieldhouse in Fort Wayne, Indiana the first week of May for the Bill Hensley Memorial.  The 2019 class are the defending champions from Spiece, so we’re excited to go back and try to win some more hardware!  The next week, all of the teams will travel together again to Minneapolis, MN for the Prep Hoops Battle at the Lakes.  The Battle is one of the favorite events of the year… they have great media coverage at the event, including Tony Roe and TJ Rushing from Prep Hoops Iowa.

On Memorial Day weekend, all of the teams will head to Chicago for the adidas Chicago Classic.  This is an important event for all of the teams-  by placing at the Chicago Classic or by placing in the top half of their division in Indianapolis or Atlanta, teams can qualify for the prestigious Adidas Gauntlet Finale in New York City in early July.  After Chicago, the ‘Stormers high school teams take the entire month of June off- most of the boys will play every weekend with their school teams, and others have a chance to be invited to prestigious camps like the Pangos All American Camp or the NBA Players Association Top 100.

In July, the ‘Stormers who have qualified will head to the Big Apple for the adidas Gauntlet Finale on July 11-15, while teams that don’t qualify for the Finale will head to Omaha for the Adidas Open instead.  All of the events in July are NCAA Certified, so they are all incredibly important for the exposure and recruitment of the athletes.  On July 18-22, the ‘Stormers “Gold” teams will travel to Los Angeles for the Adidas Summer Championships, with the “Silver” teams headed to Lawrence, KS for the always-popular Hardwood Classic.  For their last tournament on July 25-29, all of the teams will be back together again at the Las Vegas Fab48, the Barnstormers annual trip to the desert to finish up  the travel season.

More information on the schedule can be found at www.barnstormersbasketball.com/schedules.  You can follow along with the Barnstormers this season by following @IA_Barnstormers on Twitter, where they will be live streaming nearly all of their games. 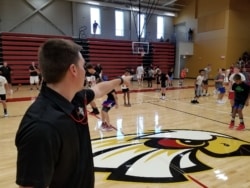 After wrapping up their 2016-2017 season a few weeks ago in Las Vegas, the Iowa Barnstormers Basketball Club hosted their tryouts last weekend to start preparing for their 2017-2018 season.

Over 400 young men in 4th-11th grades attended the tryouts, which were held at Coe College’s brand-new Athletic Performance Arena.  The Barnstormers tryouts were one of the first events held in the new Arena.

Athlete selections for the 2017-2018 are now underway for the Barnstormers.  If you missed the first tryout and are still interested, the ‘Stormers will hold a second tryout session on August 27th.

With their relationship with adidas, the Barnstormers are the only travel basketball team in Iowa that is sponsored by and plays on a national shoe circuit.

Reprinted with permission from www.HawkeyeReport.com.

When Joe Wieskamp arrived in Las Vegas for the Adidas Summer Championships, he knew that this would be the end of his seven year run with the Iowa Barnstormers AAU program.

The journey of seven springs and summers with countless hours on the road, nights spent in hotels around the country, and hundreds of basketball games with his AAU team would be coming to a close.

“I’ve been feeling this sense of the end coming. The entire seven years have been a great experience for me as a person and a player and I know this will be the end,” Wieskamp said.

That end came after another run in bracket play, with a final four loss to the New England Playaz. Even getting that far was an achievement for a shorthanded Barnstormers. When they needed him the most, in the elite eight, Wieskamp was there with a sparkling 11-14 shooting performance, scoring 26 points in a victory over a very good D1 Minnesota squad.

The fact that the Barnstormers were even in position of having a high sought after full shoe deal on the AAU circuit was seven years in the making with the Muscatine native leading the charge.

That journey began seven years ago, when Wieskamp wasn’t a shooting guard raining in three pointers and making plays from the wing.

What he was doing all those years ago was playing in the paint.

“I can’t thank the Barnstormers enough for all the opportunities they have given me,” Wieskamp said. “I have come a long way in seven years. When I started out, I was a center in the program and it’s been cool to see how I have progressed as a player.”

What he has become is an elite high school shooting guard.

What endless hours of hard work in the gym the past seven years has done is earn him four star status from Rivals.com and a #43 ranking in the Class of 2018.

Wieskamp’s development and play was a big reason why the Barnstormers were given a shot at earning the Adidas shoe contract. The road began last year, when the Barnstormers crashed the Adidas party in the spring and summer. This year, they were a full member of the Adidas Gauntlet, with their 17’s finishing in the final four at the final two Adidas events and their 16’s squad, led by Patrick McCaffery, winning two events in July and finishing second in Las Vegas.

“Coach Schmidt and Coach Stephen have done a good job of putting together a great group of guys together that could compete at a high level. I saw a tweet this week that we played 17 of our games against Top 25 teams in the country. Being able to compete against those elite teams has been fun and it’s made me a better player.”

Loyalty means everything to Wieskamp and over the years, he could have easily jumped to a bigger program with an existing shoe deal and never looked back. Instead, he stayed the course with the program that took him in seven years ago and the rewards came not only to Wieskamp, but to the entire Barnstormers program.

The loyalty and example he set within the program will be his legacy with the Barnstormers.

“I want to be remembered as a guy that set the tone. I’ve had opportunities to leave and remained loyal to the program.” he said. “I think I was one of the factors in the program getting the Adidas deal.”

Wieskamp is as humble an athlete as you will meet, so don’t take his words as bragging. Just ask any of the Barnstormers coaches and they will tell you without hesitation that Wieskamp is the reason they have the Adidas contract and the opportunities it presented this year and into the future for the program.

With his AAU career now over, Wieskamp will turn his focus to his senior year at Muscatine High School. He’s already earned Gatorade Player of the Year as a junior and is the odds on favorite to repeat that honor and is the leading candidate for Mr. Basketball honors in the state of Iowa.

While those individual goals and honors are nice, Wieskamp’s goal is very simple.

“I want to get to the state tournament,” he said without hesitation. “We haven’t been there since the 2002-03 season, so I would like to do that for our community. It’s all about going out and getting wins, but if the individual stuff happens, that would be great because it usually means you are winning.”

His senior year is clearly in focus, but so is his long term future. In November, Wieskamp will sign to play basketball for the University of Iowa, where he has been committed since he was a sophomore.